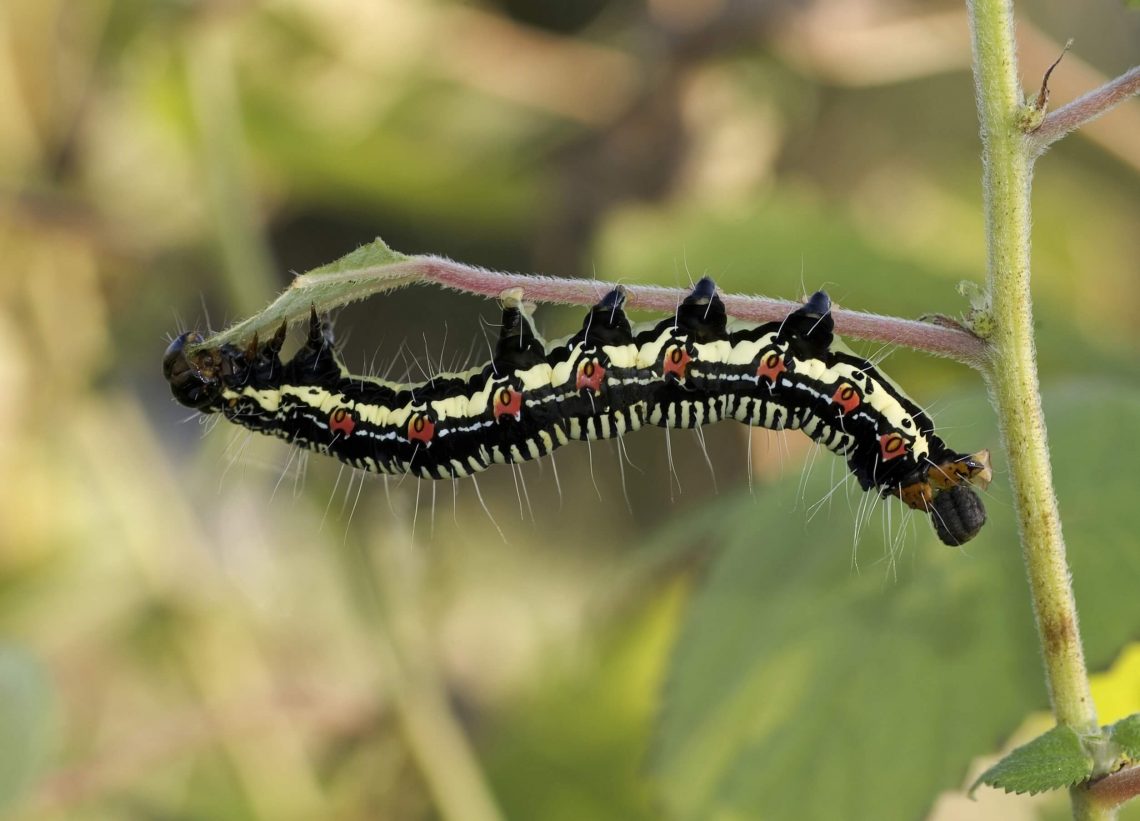 REPORT IF SEEN: Contact BIISC if you find a ramie moth. Send us a picture!

The ramie moth (Arcte coerula) is a destructive caterpillar that can completely defoliate native māmaki. This caterpillar was first discovered in November 2018 on Maui where it was destroying māmaki plants. Since then, it has spread to the Big Island and was found on the east side in November 2020. This is the first record of this pest in the United States. It’s known to feed on members of the nettle family (Urticaceae). Besides harming the māmaki plant, this caterpillar also poses a threat to the native Kamehameha butterfly as it competes for the same food resources.

As of April 2022, ramie moth has only been found on the east side of the Big Island. Please report any new or unusual caterpillars you encounter, especially if you are outside of the Hilo/Puna districts.

If you encounter a caterpillar you suspect is ramie moth, take pictures that clearly show the sides and markings. If possible, include plant damage. Submit those pictures to us via Facebook, Instagram, email biisc@hawaii.edu, or text 808-731-9232. Researchers are in need of live caterpillars for study, so try to capture the insect and keep it secure until it is determined what the species is.

Ramie moth and the Kamehameha butterfly can look very similar, especially at the early stages. Here are some things to look for when trying to ID a caterpillar on your māmaki plant: