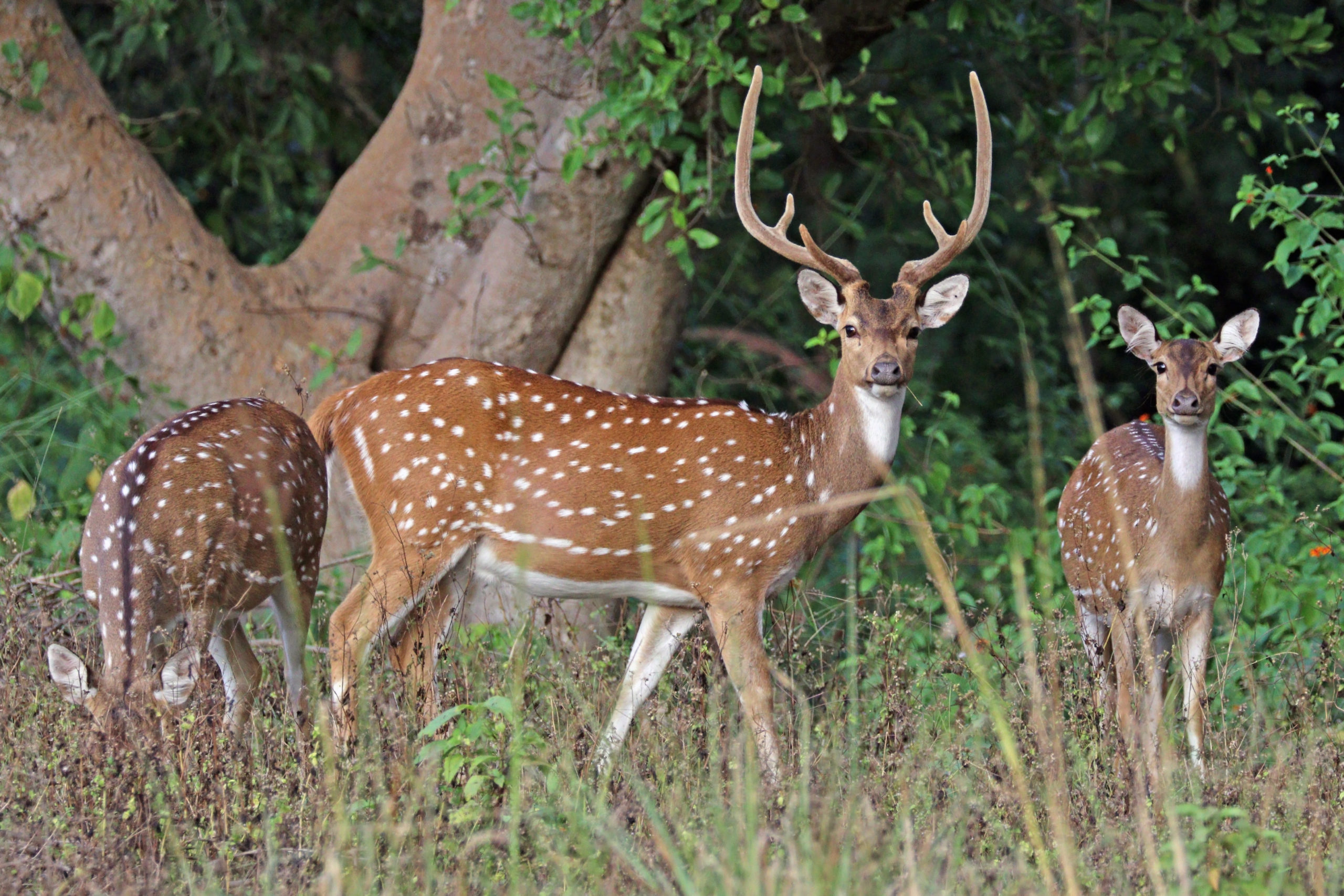 Axis deer were introduced to the Big Island in December 2009, when four deer were illegally transported from Maui. After the first sighting of a deer in 2011, BIISC began working with local landowners to confirm axis deer had made its way to the Big Island. A task force was formed, with members from state and federal agencies, the National Park, non-profit conservation organizations, and local ranchers, all working together to stop the spread of this notorious invader. A special team was housed at BIISC, focused entirely on axis deer. Using FLIR (Forward Looking Infrared Radar), helicopter flights, and ground surveys, the team was able successfully eradicate the deer in less than two years. Extensive monitoring continued for over 5 years, to ensure all deer had been controlled. Although many reports have been received and investigated over the years, there have been no further confirmed sightings. Mouflon and goats are often confused with deer.

Axis deer pose a major threat to both the environment and economy of islands where they establish. As with any herbivores left free to roam in Hawai’i, deer strip the landscape of native plants, preventing the regrowth of important forest species. On Maui and Molokai, the deer compete with cattle for forage, and in drought years can put extra pressure on ranch lands. Deer can also contract and harbor bovine tuberculosis, and can infect cattle herds. An outbreak in the 1980s on Molokai led to the culling of all cattle on the island, a loss of more than 9,000 cows. Deer also cost thousands of dollars in losses to farmers, wiping out food crops, and inflict damage on golf courses, landscaping, and backyard gardens.